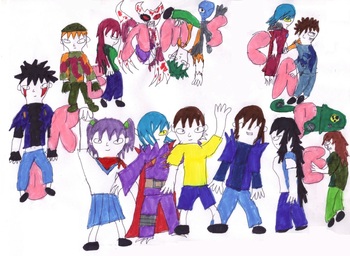 Its about a group of 5 friends living their lives in a dangerous and bizarre world filled with things like parallel universes, reality-controlling zombies, and noble demon swordsmen. Its primarily an action/adventure series with an overarching plot, but delves into other genres like comedy, drama, and even horror.