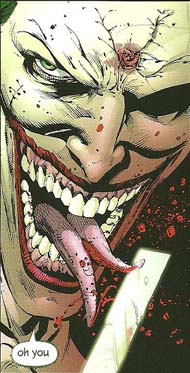 "There is no need to say anything more... The first thing I shall incinerate is your tongue."
— Colonel Roy Mustang, Fullmetal Alchemist, to Envy

Refers to damage done to the tongue of any kind:

Naturally with this trope, you may expect Nausea Fuel and/or Nightmare Fuel.

It overlaps with Attack the Mouth if done deliberately.

A Sister Trope of Eye Scream, and Fingore.

Unrelated to Tongue Twister unless we're being literal.