Film / Mark of the Devil 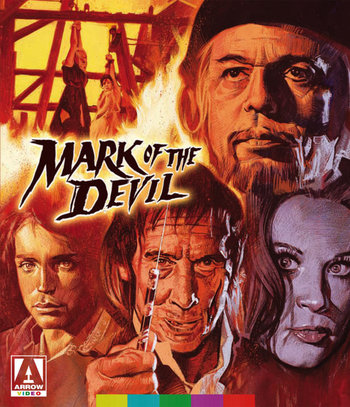 Count Christian von Meruh (Kier) is a witch hunter and apprentice to Lord Cumberland (Lom) in early 18th-century Austria. He believes strongly in his mentor and his mission but loses faith when he catches Cumberland strangling his predecessor to death for calling him impotent. Meruh begins to see for himself that the witch trials are a scam to rob people of their land, money, and other personal belongings of value and seduce beautiful women. Eventually, the townspeople revolt, and Cumberland escapes but Meruh is captured by the townspeople.