Series / The Longest Day in Chang'an 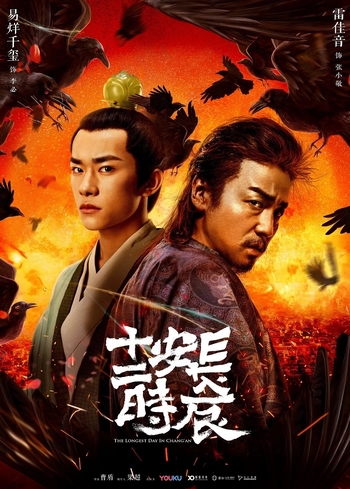 The Longest Day in Chang'an (长安十二时辰; Cháng Ān Shī Èr Shí Chén) is a 2019 Chinese series. It's based on the novel of the same name by Ma Bo Yong and stars Lei Jia Yin and Jackson Yee.

A group of terrorists plan to attack Chang'an, capital of the Tang dynasty, on the Lantern Festival. Zhang Xiao Jing, a criminal awaiting execution, is ordered to catch them in twenty-four hours with the help of Li Bi.

It can be watched on Viki