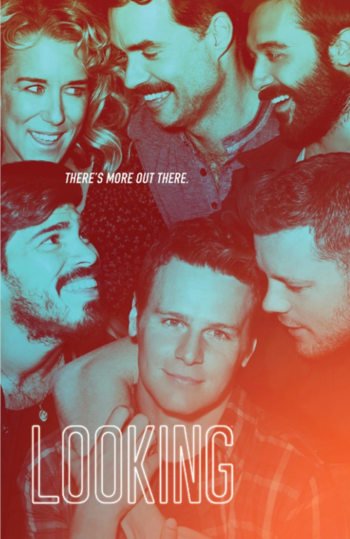 Looking is an HBO series created by Michael Lannan that premiered on HBO on January 19, 2014. The story centers on three gay men in San Francisco, CA. There's Patrick (Jonathan Groff), a game designer with a considerable amount of insecurity issues and also a high level of social awkwardness, his best friend Agustín (Frankie J. Alvarez), the queerest of the group, modern, hip and artsy and Dom (Murray Bartlett), a Don Juan who's turning 40 and is struggling to succeed in life, which basically means to him to open a Peri-Peri Chicken restaurant.

After two seasons, Looking was canceled by HBO due to low ratings. As consolation, a special one-off film was produced by HBO to wrap-up loose plot threads and provide closure.