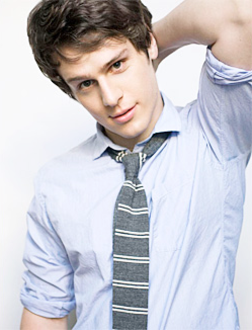 Jonathan Drew Groff (born March 26, 1985), a.k.a. "Groffsauce" (bestowed on him courtesy of one Mr. Lin-Manuel Miranda) is an American actor and singer.

He voiced the character Kristoff (and his reindeer Sven) in Frozen and its sequels and spinoff works, and starred in HBO's comedy-drama, Looking. He also played Craig Donner in HBO's telefilm adaptation of The Normal Heart, to much critical acclaim. Groff also plays the lead role in the David Fincher series Mindhunter.