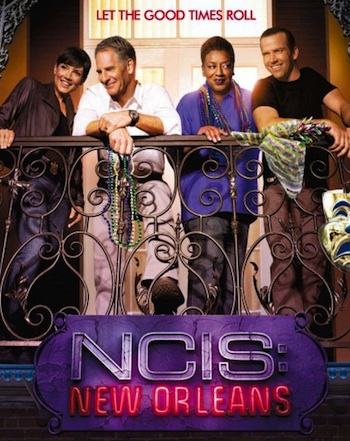 NCIS: New Orleans is an American TV show created by Gary Glasberg and executive produced by Mark Harmon. It premiered on CBS in 2014 and ran seven seasons.

The second spin-off of NCIS, it is set in New Orleans and is about the NCIS field office based in the city and the small team of agents that maintains it. Unlike its sister series NCIS: Los Angeles, which deals with espionage and undercover investigations, it is closer in style with the early seasons of its parent series NCIS, as a crime procedural centered around a group of odd but professional investigators.

Sadly, the seventh season turned out to be the final season as CBS officially announced in February 2021 that NCIS NOLA would end, with the series finale airing in May 2021.