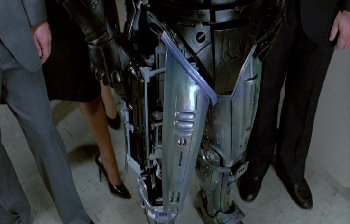 Cool, but Inefficient ways of holstering or unholstering guns.

Compare Unorthodox Sheathing and Unorthodox Reload. Related to Gun Twirling. See also Nothing Up My Sleeve for when the guns are stored in the sleeves, and Pants-Positive Safety for the pants version.