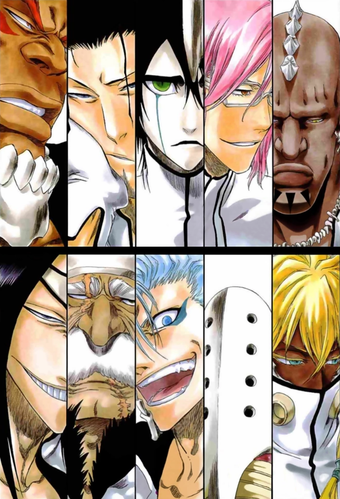 Bad fashion sense knows no color or creed.
"I will be an equal-opportunity despot and make sure that terror and oppression is distributed fairly, not just against one particular group that will form the core of a rebellion."
— Evil Overlord List Cellblock A, Rule #170
Advertisement:

Bad guys are often remarkably open when it comes to race, gender, religion, species, and so forth of their members. Some races might always be evil, but evil really knows no bounds. If the characters have the ambition, the bloodlust, the hatred of puppies, or the simple enjoyment of being evil, they're welcome to sign up. Evil Is One Big, Happy Family, after all.

At full force, this trope leads to a remarkably diverse set of top brass, as well.

If this trait is emphasized more than necessary, it might come across as a Pet the Dog moment. It might even result in Rooting for the Empire if the "good guys" are not so unbiased. It might even suggest that it's okay to be unethical or even murderous as long as you're "fair" about it. A villain could do this if it serves their own evil ends, and someone who employs equally can just as easily hate everyone equally and may have no problems with disposing of their minions just as easily, often permanently.

While often done to avoid portraying certain races as evil, it can go in the other direction if the heroes are all one ethnicity and every other race are villains, or perhaps suggesting that race-mixing is inherently bad while segregation is good. Compare White Gangbangers and Straight Edge Evil. Contrast Politically Incorrect Villain and for the heroic side, Noble Bigot. Note however that they are not mutually exclusive; a villain can be intolerant towards some groups but progressive towards others. See also Alike and Antithetical Adversaries and Anti-Human Alliance. May go hand in hand with Better Living Through Evil. May overlap with Carnival of Killers. See Five-Token Band for the good-aligned version. A villain who is actively keen on achieving this is a Politically Correct Villain.

Needless to say, this trope is Truth in Television. For example, pirates were a notoriously motley crew, while mercenaries have accepted members on purely meritocratical basis in their gangs. Perhaps the most striking example has been Waffen-SS, which recruited dozens of volunteer divisions from the occupied enemy nations, especially later on when the war was turning against the Axis. Many of those foreign volunteers were often among the hardest fighting units at the end of the Third Reich. Any other specific Real Life examples are too controversial.

Not to be confused with dangerous examples of Hates Everyone Equally, where a villian doesn't discriminate between who else they hurt.