Literature / The Drawing of the Three 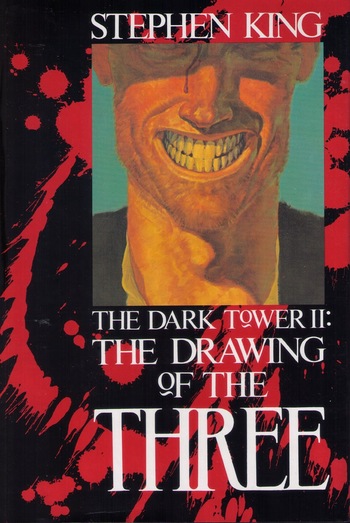 Preceded by The Gunslinger.

The Drawing of the Three is Book II of The Dark Tower series, published in 1987. It brings the action from a post-apocalyptic other world to ours — Roland Deschain, The Gunslinger, tries to draw a ka-tet of three to join in his quest: a drug addict, Eddie Dean; a woman with a Split Personality, Odetta Holmes/Detta Walker; and a man named Jack Mort.

Followed by The Waste Lands.

The Drawing of the Three provides examples of the following tropes: