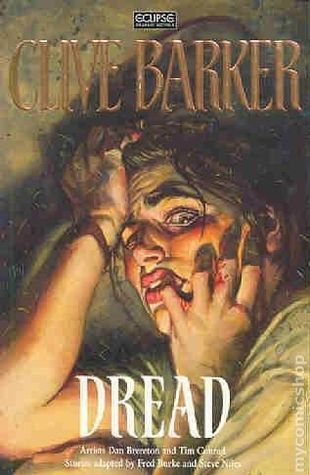 Dread was a short story written by Clive Barker as a part of the Books of Blood. It tells the story about how an older college student starts to do a little bit of a strange fear experiment that doesn't quite end as he had hoped.

Was adapted into the film as Dread that was a part of the After Dark Horror Fest, which kept a good chunk of the story, but made some alterations, much like a lot of Clive Barker films have done.