Fall of the House of Cards 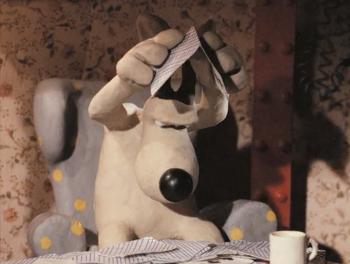 Some things just crumble if you stick your nose into them.
Advertisement:

Somebody is building a large and complicated house of cards, and there's stuff going on around them that threatens to cause the structure to collapse.

The collapse often happens just as the last two cards are being placed, leaving the builder holding them in place over the empty air where the house used to be.

Like Endangered Soufflé, only not with souffle, and comes with the same two standard variations: In one, the rambunctious behavior around the house of cards is quieted down with no ill effects, only to have a relatively-distant disturbance (slamming door, car backfire) collapse the structure after it is "safe". The other works much the same, except that it is the builder themselves who triggers the collapse.

Dish Dash is a related trope.

The trope name is a play on Edgar Allan Poe's Fall of the House of Usher.