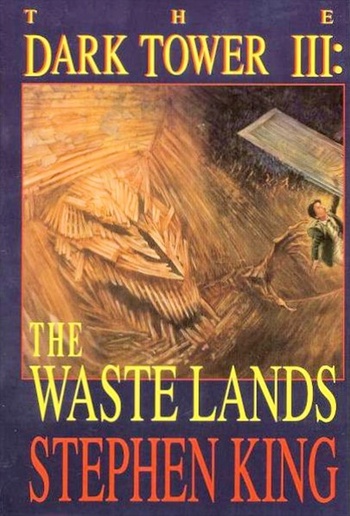 Preceded by The Drawing of the Three.
Advertisement:

The Waste Lands is Book III of Stephen King's The Dark Tower, released in 1991, and has two parts. In the first, the Temporal Paradox the previous book created makes Roland begin to lose his mind. In the second, the ka-tet, now including the recently resurrected Jake continue their journey, get caught, escape and move on.

Followed by Wizard and Glass.

The Waste Lands provides examples of the following tropes: