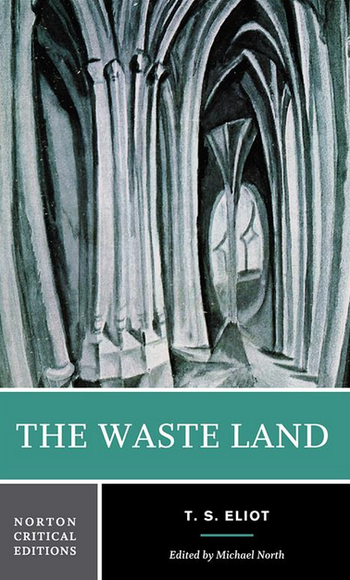 April is the cruellest month, breeding
Lilacs out of the dead land, mixing
Memory and desire, stirring
Dull roots with spring rain.
Advertisement:

The Waste Land is T. S. Eliot's most famous poem, as well as the most famous Modernist poem. It is mainly about how the world is hopelessly lost and how life cannot be regenerated. It is also incredibly confusing. Full text here

Not to be confused with The Waste Lands, the third book in Stephen King's The Dark Tower series. (Though the book makes open references to the poem.)