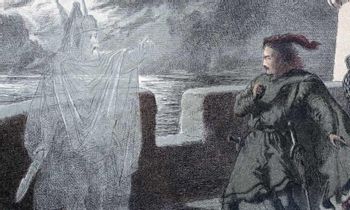 "Pity me not, but lend thy serious hearing
To what I shall unfold."
Jack Hardemeyer: Wait! Uh... Now, I'm sure there's another way.
Mayor: Jack, I spent an hour last night in my bedroom talking to Fiorello La Guardia, and he's been dead for forty years. Now get me the Ghostbusters!
— Ghostbusters II
Advertisement:

Alice, my daughter, listen to me. Alive, I may not be any longer, but it is still in my power to converse with you. Today, I come to remind you your path is not at an end, but tomorrow I might plead to you not to share my one-of-a-kind strawberry-frosted macaroon nibblers recipe with anybody. Whatever I come for, let your heart be sponge and absorb my precautions.

For information on your informative, dearly departed uncle Phil, guide yourself to Spirit Advisor. For that nut job cousin of yours who has the ability to speak to all the dead ones 24/7, toggle to I See Dead People. If you wish to seek knowledge on the manner in which you summoned me, Spooky Séance will have you covered.

For that simpleton who futilely talks to the deceased (and thereby knows their discussion is one-sided), seek the advice of Talking to the Dead. Meanwhile, for the wayward crackpot who views a long-gone person as if they are still in function, direct yourself unto Mummies at the Dinner Table.

Floating Advice Reminder and Magic Realism may also be subjects you wish to uncover. And one more thing, dear daughter: please do not associate our conversation with the trope known as Dead Man Writing, I beg of you!