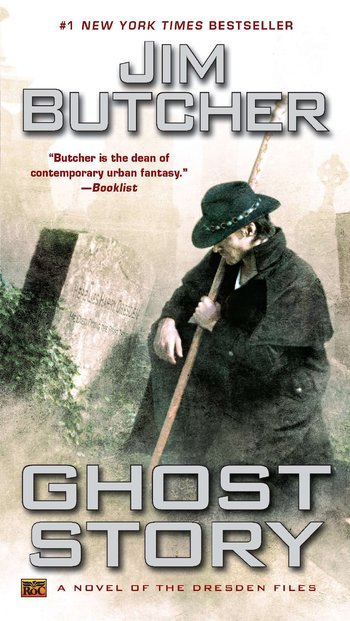 Warning! All spoilers for previous books are unmarked on this page!
Advertisement:

The one where Harry is a ghost.

Ghost Story is book #13 in The Dresden Files.

After Harry's sudden death at the end of the previous book, he finds himself in the afterlife. Or a sort of waiting room of the afterlife. There, he meets Captain Collin "Jack" Murphy, Karrin Murphy's father, who is working to clean up supernatural messes that affect the post-living when something screws with their deaths. One of those things Harry can help with, if he is willing to return to Earth as a ghost. It will be dangerous, though, and there will be no second chances.

Oh, and if he fails, three people close to him will die.

Not to be confused with the 1979 horror novel by Peter Straub, or its 1981 film adaptation.