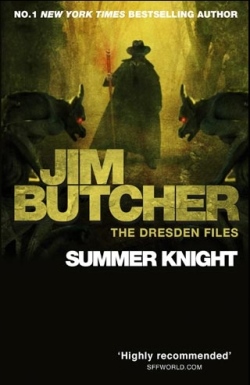 The One With… the Fae.

In the wake of a personal tragedy he suffered at the end of Grave Peril and having pissed off every Red Court vampire around, Harry neglects everything in the hopes of finding a cure for the love of his life. However, he is pulled out of his blue funk by Queen Mab, who wants him to find who murdered the Summer Knight. Like with most anything involving the Sidhe, things get complicated very quickly as Harry rushes to foil a supernatural plot that could destroy the world.

Summer Knight is book #4 in The Dresden Files.