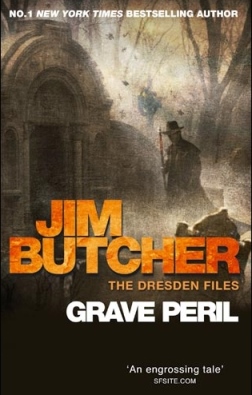 The One With… super-spirits and vengeful vampires.

The ghosts are restless. More restless than usual, that is. For weeks, Harry and Michael Carpenter, the Fist of God, have been racing around the city pacifying or banishing ghosts who have gone wild, threatening the living. In addition, the local vampire with a grudge against Harry invites him to a masquerade ball. Oh, and the ghost of a demon is hunting people with connections to Harry.

Harry and his friends are heavily outnumbered on all sides, and Harry is having difficulty fending off the multiple supernatural enemies coming after him, specifically.

Grave Peril is book #3 in The Dresden Files.