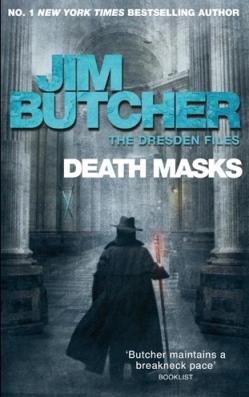 Change for the worse.
Advertisement:

The One With… evil coins.

Not only does a vampire named Ortega want to duel Harry in a challenge that he says will end the war between wizards and vampires, but Harry’s semi-vampire girlfriend Susan has showed up again, and now Harry has been hired by a priest to find the stolen Shroud of Turin.

Some days it just isn’t worth chewing through the restraints...

Death Masks is book #5 of The Dresden Files.