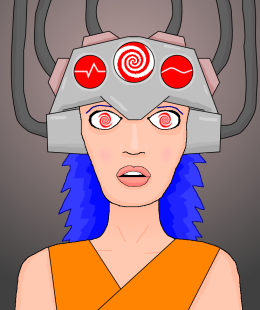 I... will... let... TV Tropes... ruin... my... life...
Art by Geoduck.
"Never again will you be capable of ordinary human feeling. Everything will be dead inside you. Never again will you be capable of love, or friendship, or joy of living, or laughter, or curiosity, or courage, or integrity. You will be hollow. We shall squeeze you empty and then we shall fill you with ourselves."
— O'Brien, 1984
Advertisement: