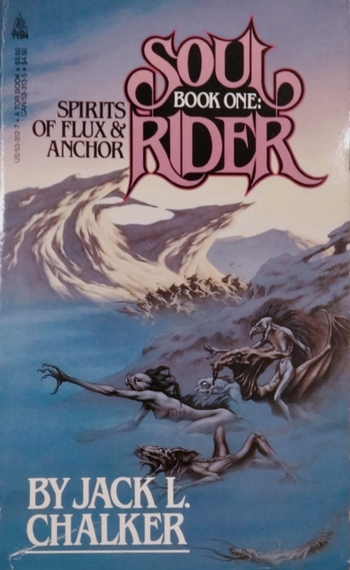 Soul Rider is a Science Fantasy series by Jack L. Chalker. The series takes place on a future half-failed colony world divided between the chaotic "flux" and Lady Land "anchors", which preserved technology and civilization by turning them into Women's Mysteries.

It consists of the following novels: