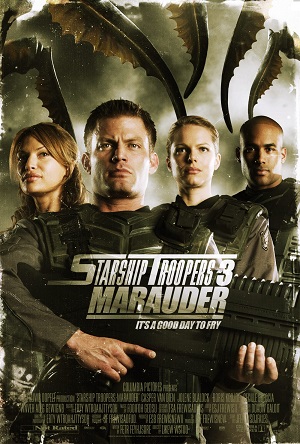 The Human-Bug War has been going on for several years now. Johnny Rico is now a Colonel tasked to defend a planet on the frontline. Under Rico's watch an infiltration causes the defenses to collapse and the planet is soon overrun by the Bugs. Rico is sentenced to death for his failure, but his old friend General Dix Hauser gives him a chance to redeem himself on a new mission: Sky Marshall Omar Anoke, a very religious and popular figure, has crashed down on a deserted Bug world after his flag ship is destroyed, and Rico is sent out to retrieve him.