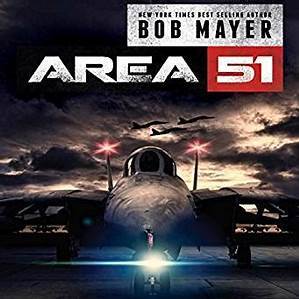 The cover of the first novel's e-book edition
Area 51 is a long-running book series by Bob Mayer, starting under his pen name of Robert Doherty in 1997 and continuing to this day. It begins revolving around the titular secret military site in Nevada, though rapidly expands to a global and then interstellar scale with the reveal of what's going on there, plus its connections to other things around the world. Thus far, there have been thirteen books in the series, along with some spin-offs which involve elements from the books' past.