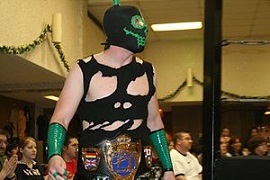 As 1/2 of the CHIKARA Campeones de Parejas 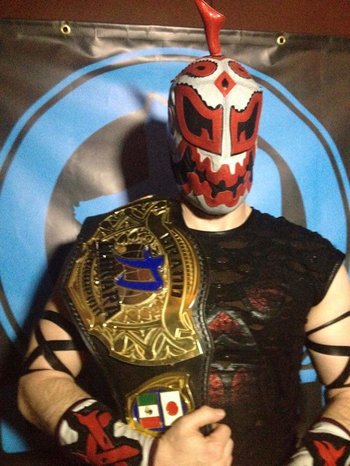 Robert Goodwin (born November 1, 1981), aka Hallowicked, is an American Professional Wrestler best known for his work in CHIKARA. He debuted on CHIKARA's first-ever show on May 25, 2002 and has been with the company ever since. He has also competed for CZW, Ring of Honor, Pro Wrestling Guerilla and many other promotions. Among his in-ring achievements, he was the first ever CHIKARA Young Lions Cup Champion

, a 1x CHIKARA Campeon de Parejas with Delirious, he and Blind Rage won the inaugural Tag World Grand Prix in 2003 and he, UltraMantis Black and Frightmare won the 2012 CHIKARA King of Trios.