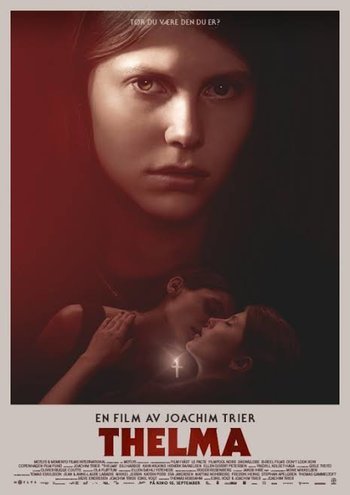 Thelma is a 2017 Norwegian film directed and co-written by Joachim Trier.

A shy, devout Christian, Thelma (Eili Harboe) struggles with a mutual attraction to her friend Anja (Kaya Wilkins). However, when a deep and disturbing power begins to stir in Thelma, she needs to choose between her burgeoning sexuality and her strict upbringing.