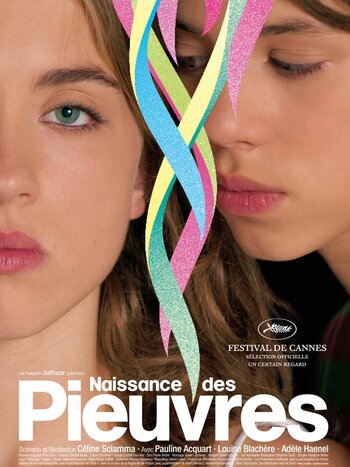 The film follows the sexual awakenings of three 15-year-old girls — Floriane, Marie and Anne — in a middle-class suburb of Paris over the course of a single summer, brought together by the sport of synchronized swimming.

Marie grows fixated on Floriane after she sees the team she captains perform at a competition, and begins to hang around her. Marie's best friend Anne is also part of a separate team, and grows attracted to a boy named François, himself romantically involved with Floriane.

Finding privacy in the solitude of the locker room, the blossoming teens come to learn the true meaning of arousal and the power of sexual attraction amid their struggles with puberty-onset issues, such as the pressures of virginity.

Water Lilies was selected for screening in the section Un certain regard at the 2007 Cannes Film Festival. Its soundtrack was composed by music producer Para One, a friend of Sciamma's who went on to do the music for all of her films.