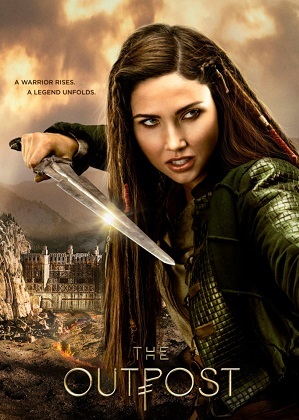 The Outpost is an American fantasy TV series, acquired by The CW for US distribution and by Syfy for international broadcast. The series is executive-produced by Dean Devlin (producer of Stargate) and Jonathan Glassner (showrunner of Stargate SG-1).

The story follows Talon (Jessica Green), the lone survivor of a race called 'Blackbloods'. Years after her entire village is destroyed by a gang of brutal mercenaries, Talon travels to a lawless fortress on the edge of the civilized world, as she tracks the killers of her family. On her journey to this outpost, Talon discovers she possesses a mysterious supernatural power that she must learn to control in order to save herself and defend the world against a fanatical theocracy.