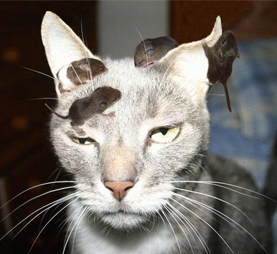 What a pussy.
"They can't break you if you don't have a spine."
— Wally, Dilbert
Advertisement:

Humble, quiet, obedient, stoic; the Extreme Doormat is all of these virtues... and that's all they are. A doormat, for those who do not know the slang expression, is someone who lets other people walk all over them. They lack drive, ambition, and even opinions. Something about them just drives them to make everyone happy, even at the expense of their own happiness, and kowtow to every order and insult they're given, no matter how ridiculous or unfair it may be to them.

Naturally, such a narratively-empty character won't start drama, so they're usually a Satellite Character, Battle Butler, trusty companion, or part of a love harem for the more active hero. Part of being the Extreme Doormat is that they will obey just about any command from their love/hero/superior officer short of the suicidal ones (and sometimes even those). Sometimes, this can result from an Empty Shell with combat training under Mind Control. Or it could result from a character who Desperately Needs Orders as it would be a possible way for them to get people to give them orders.

A common plot for the Extreme Doormat is the discovery or growth of their own personality and backbone. Be it by having a true friend Teach Him Anger, confronting their (ab)user or being the subject of Character Development or even a Mook–Face Turn when the hero who treats them nicely encourages them to abandon a boss who doesn't, or a "lover" who keeps them dependent.

Frequently Apologises a Lot. Often the victim of those Taking Advantage of Generosity.

Contrast Yamato Nadeshiko and Silk Hiding Steel, both of which appear to be this trope but have a hidden backbone which will not bend, and Hair-Trigger Temper, who will overreact about anything. Compare and contrast Love Martyr, which is, mostly, not this trope.

SpongeBob is forced to attain to Gary's addiction to Snail Bites, after all he cannot say no to his "wittle Gare-Bear".

SpongeBob is forced to attain to Gary's addiction to Snail Bites, after all he cannot say no to his "wittle Gare-Bear".