Webcomic / Under The Oak Tree 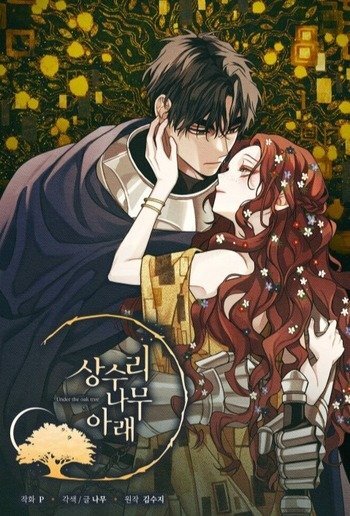 Under the Oak Tree is an ongoing Korean Web Serial Novel by Kim Soo-ji. It Is also being adapted into a Korean Webtoon.
Advertisement:

Maximillian is a young noblewoman with a stutter who has had about the most traumatizing childhood possible. Raised by her abusive father, she has grown up being constantly beaten and told she is worthless and unworthy of love or happiness. Confined to her room for most of her life, she has little will and zero self-confidence.

When her father is ordered by the king to deal with a rampaging dragon, he marries her off to the commoner knight Riftan Calypse in return for an oath to deal with the dragon in his stead. Riftan spends a single night with Max before heading off on his mission.

Three years later, Sir Riftan has slain the dragon and become the kingdom's most celebrated hero, but Max has given up hope, believing the rumors that he has found another woman... until he shows up with his knights to collect her. Turns out he took his marriage vows very seriously, and he promptly whisks her off to his fortress.

Now in a loving marriage, and surrounded by people showing her care and concern for the first time in her life, perhaps Max can begin her journey to healing and self-confidence.

But the journey won't necessarily be smooth. Max is plagued by crippling doubt and self-loathing, and as the lord's wife, she must rapidly adjust to a position of authority she has never been prepared for. Politics are afoot, monsters infest the land, and war is brewing.

The comic's official English translation can be read here