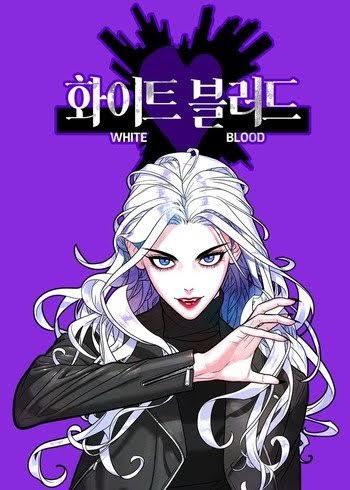 Unholy Blood (Korean: 화이트 블러드, White Blood) is a 2020 Korean webtoon written and drawn by Lina Kim and Keonghyeon Kim. It was serialized on Webtoon from January 1st, 2020 to October 20th, 2021, and official English translations were made available on the Webtoons app.

It's South Korea in the near future, and out of nowhere vampires started to infiltrate the world in past 10 years, with violent crimes committed by vampires in the country at an all-time high. Hayan would rather live a peaceful life and continue going to college, but if a vampire attacks someone in her community, she can't help but intervene. She's one of the few people who can fight toe to toe with a vampire, as she is a Pure Blood.

After tragedy strikes, she joins forces with a rising star on the police's anti-vampire task force in order to rein in the vampire threat and bring peace back to her home town.