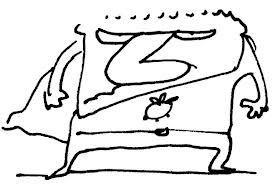 Wilq - Superbohater (Wilq the Superhero) is the protagonist of a Polish comic book series of the same name, written by the Minkiewicz brothers, Bartosz and Tomasz. As of early 2015 there are 21 books published, and the next issue is planned to be released in May.
Advertisement:

The stories are set in Opole, a medium-sized city in south-western Poland (shown as a megalopolis in the comic, likely as a Shout-Out to Metropolis and Gotham City), which is constantly plagued by villains of all kinds. Wilq and his friends (most of whom are technically villains in their own rights) are the only ones to stop them with their superpowers, intellect and dumb luck. It should be noted that their superpowers are relatively modest and unpractical (Wilq, being the strongest of the group, can actually fly, but he struggles as a Flying Brick), and their intellect is best not mentioned, therefore luck plays a rather big role in their villain-busting career.