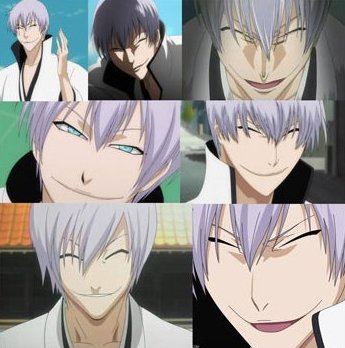 And you'd better hope that smile stays there.
"Koizumi's cheerful smile pisses me off every time I see it."
— Kyon's narration, Remote Island Syndrome
Advertisement:

The exact opposite of Perpetual Frowner. This is a character who, no matter what, is never seen without a smile of some kind.

A Stepford Smiler would be a sub-trope, one who smiles because that's all they can do to keep from breaking. A Cat Smile or Cheshire Cat Grin can also be their perpetual expression. A rarely explored Surprisingly Realistic Outcome version would depict a character with a lot of saliva in their mouth, because it's honestly impossible (or very hard) to swallow one's own saliva while literally always smiling, making even a genuinely sweet smile go from sweet and charming to potentially terrifying or at the very least disgusting. A Perpetual Smiler's smile can change, and the emotions behind it can be literally anything, so long as there is something that can be called a 'smile' on their face. Usually, though, this smile is pleasant and cheerful, or at least calm, and often, the feeling behind it is genuine, so The Un-Smile doesn't usually appear. Compare Frozen Face if they literally can't stop smiling and to Glasgow Grin where the smile is ear-to-ear and usually inflicted by cutting.