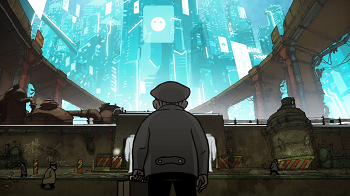 Prole 514 dreams about winning the Great Lottery. The lottery winner is transformed and allowed admission into the elite White society, where everyone is beautiful, young and happy and people spend their carefree lives solely on fun and partying. One day, 514's wish comes true... but was this what he really wanted?