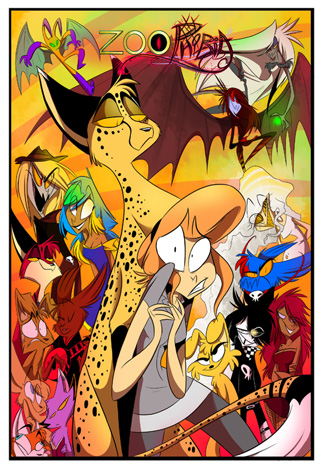 is a fantasy/humour webcomic by Vivienne Medrano (later of Hazbin Hotel fame) about a neurotic young woman named Cameron who, when desperate for a job, winds up being unexpectedly thrust into Safe Haven, a fantastic world full of incredible beasts, unimaginable beings and zany characters. She receives a job as a guidance counselor at the Zoo-Phoenix Academy, where she faces head-on with a colorful cast of talking animals and strange creatures. Unfortunately, Cameron has quite the terrible case of zoophobia and is ultimately terrified by the very students and staff she must work with.

The comic is currently on an indefinite hiatus, with an animated series of shorts (one of which is musical based) set to premiere in the summer on Vivziepop's YouTube channel.

Note: Links may not work due to a site revamp.