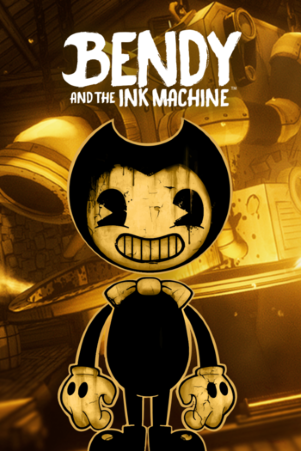 The Creator lied to us...
"Fear the Machine."
— Tagline
Advertisement:

Henry Stein, a former traditional animator, gets a strange note from an old friend, Joey Drew, that invites him to their old workplace. While there, Henry discovers the ink machine, which apparently powers the place, and decides to activate it. Nothing is as it seems, however. What happened to his old work buddy? Why does Bendy appear to follow him everywhere he goes? And when did these strange occurrences suddenly start?

It was released on consoles

in 2018 via a partnership with Rooster Teeth.

Bendy and the Ink Machine provides examples of:

The Bendy Cartoons provide examples of: