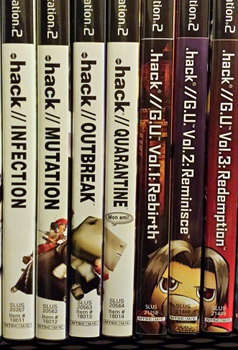 "With the exception of Telltale Games and very few others, a guarantee that the game you just bought will never be finished and you should not get too attached to anyone."
— PC Gamer describes a typical episodic game

note Ironically, Telltale Games have themselves went bankrupt in 2018, while they were still working on the final season of The Walking Dead. At one point, it seemed like said season would also never get completed, before the torch was handed over to Skybound Games, who finished the job.

Live-Action TV is kind of like live action Film. Kinda. You have actors on a set, with specific characters, telling a story. You film it, you send it to post-production, and you jazz it up with special effects. When you're done, you have what appears to be real people in real situations acting unusual stories for your entertainment. And since it's recorded, you can watch it over and over again and it'll be the same every time, unlike Theater. But TV is different—the stories go on longer and are cheaper than movies (unless you buy massive TV box sets), but you only get to see a little of them every week.

Eventually, someone in the Video Game industry looked at this model and said: "Huh. Well, if TV can do it... why can't we?"

Episodic Games (or Episodic Gaming) is a relatively new take on a fairly old model in game production and distribution, pushed forward by digital download services. Episodic games are actually more like miniseries than TV shows, but the idea is similar. (PC shareware games during the late 80s and early 90s were all about episodic content, just not quite in the same way as modern episodic games.) Episodic games are short, cheap games (usually in the $5-$10 range), each of which tells part of the story. They take less time to develop due to their short length, so they can come out more frequently. They only tell part of a game story. However, due to their cost, if a player buys all the episodes, they still end up getting a full retail-priced game over a period of time. The idea behind releasing games episodically is fairly simple: By releasing more content over several months, gamers don't have to wait years for more new games. And by pricing them moderately, gamers can buy them and enjoy them steadily without having to put one massive-sized dent in their wallet.

It doesn't always work out perfectly, of course. Companies can have financial troubles, developers can get carried away with designing the next installment, bugs happen, and all the usual stuff that stops games from being released on time.

Because of the way it works, episodic gaming lends itself well to story-based games, such as Adventure Games. In particular, Telltale Games has historically made significant profit on episodic adventure games.

Games in this format include: