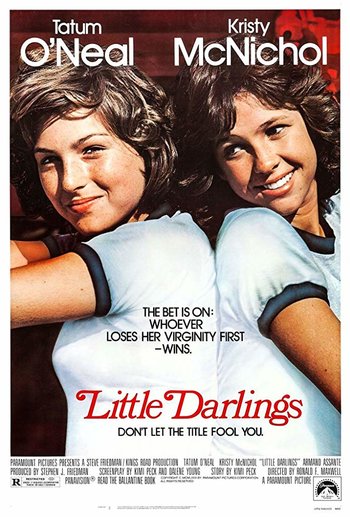 Little Darlings is a 1980 Coming of Age film directed by Ronald F. Maxwell, starring Tatum O'Neal and Kristy McNichol as two girls at summer camp who make a bet on who will lose her virginity first. Matt Dillon and Armand Assante costar as the girls' respective targets.

Tropes associated with the film include: