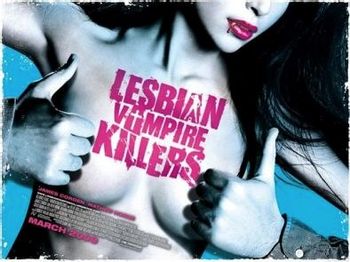 A long time ago, the wife of a noble crusader fell under the spell of Carmilla, the lesbian vampire queen. The crusader killed Carmilla, but in turn she cursed his village: every woman in the town will turn into a Lesbian Vampire, until she returns.

Today, slackers Jimmy and Fletch hike into the town, meet a busful of sexy women, and decide to stay the night. Bad idea!