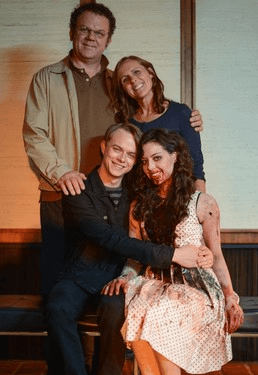 While hiking in the mountains, Beth Slocum (Plaza) gets bitten by a venomous snake and dies, leaving her ex-boyfriend Zach Orfman (DeHaan) devastated. Zach starts spending time with Beth's parents Maury (Reilly) and Geenie (Shannon), up until the moment where they suddenly start shunning him. Curious, he comes to their home uninvited, only to find them in company of... a very much alive Beth, who seems to have forgotten the last few weeks of her previous life, which include not only her death, but also her breakup with Zach.

Delighted, Zach sees this as a second chance for his relationship with Beth, but he soon realizes that his girlfriend Came Back Wrong, and she keeps getting worse...