Film / Let Him Have It 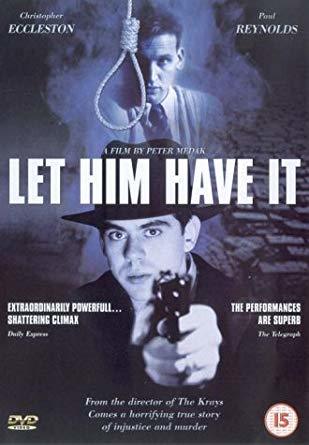 Let Him Have It is a 1991 British drama directed by Peter Medak, based on the true story of Derek Bentley.

Let Him Have It shows examples of the following tropes: