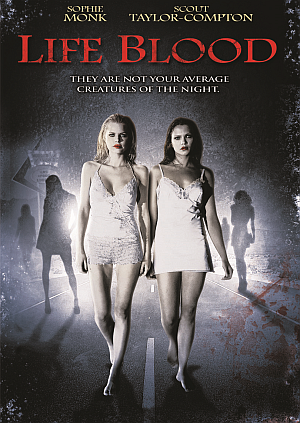 Life Blood (a.k.a. Pearsblossom and Murder World) is a supernatural horror thriller film released in 2009. The film was directed and produced by Ron Carlson.

On New Year's Eve 1969, a lesbian couple, named Brooke and Rhea, encounter the Creator of the Universe while driving on the Pearblossom Highway as they leave a party, when Brooke killed a rapist. The women are laid to rest for 40 years and awake New Year's Day 2009... as vampires. The film follows them as they are meant to lead a life of greater purpose.

Instructed to devour evil, and thereby gain eternal life, the story portrays their first 24 hours of survival as these reborn creatures. Brooke starts to go on a killing spree, to prove herself loyal to the Creator, while Rhea tries to put a stop to the chaos that Brooke started after she kills a sheriff, his deputies, a married couple on vacation, and a hitch-hiker.