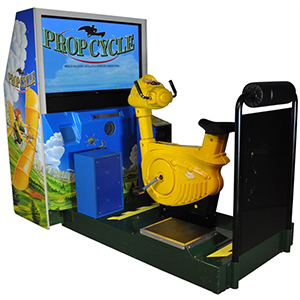 It's like riding a bicycle, through the sky.
"Look! Dancy Pants Revolution! The game that tricks people into exercising!"
— Dipper Pines, Gravity Falls, "The Inconveniencing"
Advertisement:

Simply put, a video game that encourages the player to actually exercise.

The goal isn't usually to complete the game so much as to get in shape.

Although the idea became successful with the Wii and its Wii Fit, it's been around longer than that. See this article

from The Other Wiki.