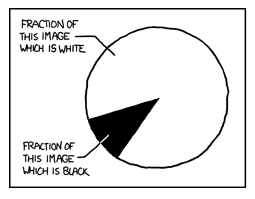 Note: Image is inaccurate outside of context.
Lepidus: What manner o' thing is your crocodile?
Antony: It is shap'd, sir, like itself, and it is as broad as it hath breadth; it is just as high as it is, and moves with its own organs. It lives by that which nourisheth it, and the elements once out of it, it transmigrates.
Lepidus: What color is it of?
Antony: Of its own color too.
Lepidus: 'Tis a strange serpent.
Antony: 'Tis so. And the tears of it are wet.
— Antony and Cleopatra, Act 2, Scene 7
Advertisement:

To say that a thing is shaped like itself is a tautology, a truthful phrase with no informational content, an unnecessary repetition of words meaning the same thing: "Free gratis" or "I can see it with my own eyes" or "It is what it is."

Usually the redundancy has a purpose, though. Among them:

Furthermore, sometimes the concepts being used are not actually identical, even if they use the same term (e.g. "That soldier is a real soldier!", since "soldier" can mean both "member of the armed forces" and "
Advertisement:
The Stoic"). So, many apparent tautologies are worth thinking deeply about, as they often contain surprising insights.

Tautology is also used as an important foundational principle in formal logic and philosophy, where it's known as the Law of Noncontradiction

The name comes from William Shakespeare, who used tautologies a lot.

This article was brought to you by the Department of Redundancy Department, the department that brought you this article. Since it is 100 percent true while imparting no new information, this is a subtrope of Mathematician's Answer, which is a supertrope of this.

More generally related, are Recursive Acronym for acronyms that use themselves in themselves, Captain Obvious, "El Niño" Is Spanish for "The Niño", Everyone Calls Him "Barkeep", Exactly What It Says on the Tin, and The Trope Without a Title, which are some articles to which this one is related. Can often overlap and sound the same as Buffy Speak. Contrast Circular Reasoning, which can resemble this but is logically fallacious.

Although in common speech the terms do have different connotations, with 'intelligent' meaning 'able to understand and process complex information quickly' and 'smart' implying 'knowledgeable', given who said it, it's unlikely he would appreciate a rather subtle difference like that.

Musical Songs with Lyrics You Can Sing

Which was then reiterated by his 1999 song "Two Worlds"

Put your faith in what you most believe in. Two worlds, one family.

An older version at least made it "shone a shiny demon", which is just as redundant, but shined was probably funnier, because it sounded more redundant.

Newspaper Comics Printed In The Comics Section Of Newspapers
Other things that don't fit in the other categories
Relatively Recent Media Forms That Are New Rather Than Old
Professional Wrestling and Grappling Done at a Professional Level
Stand Up Comedy Performed on Stage to Make People Laugh
Actually, this is a subversion, as the poem plays with the double meaning of "pigs" as a species name and as an insult.
Transmitted Wireless Radio Transmissions
Playable Tabletop Games That Can Be Played On Top Of A Table
Staged Theatrical Plays Featuring Live Performers
Animated Internet Web Animation on the World Wide Web
Illustrated Online Web Comics That Are On the Internet

For this, Massey hit the local police

with what he calls "the 'impersonating a police force' suit". In other news, Serge

failed to realize why "the crew-mullet" is called so (and is still here).

The Latin-American translation is funnier because Bloat instead of replying "knew it" He says "that's weird."

Wikis That Everybody Can Edit
Feedback

When Blu tells his friends about his travel plans (him going to the Amazon with his family) Pedro, Nico, and Luiz warn him of the dangers there with Luiz saying that there are flesh eating piranhas that eat flesh.

When Blu tells his friends about his travel plans (him going to the Amazon with his family) Pedro, Nico, and Luiz warn him of the dangers there with Luiz saying that there are flesh eating piranhas that eat flesh.