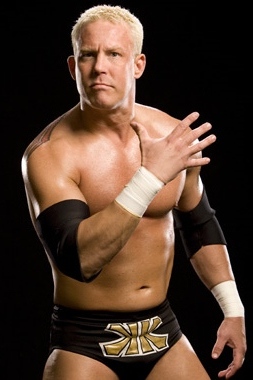 The Head Asshole in Charge
Advertisement:

Kenneth Anderson (born March 6, 1976) is an American professional wrestler. Trained by Eric Hammers and Mike Mercury, Anderson made his debut in 1999, and is best known for his tenures in WWE (from 2005-2009) and TNA (from 2010-2016) as Ken/Mr. Kennedy and Mr. Anderson respectively. He is a former WWE United States Champion, Money In The Bank winner in 2007 and two-time TNA World Heavyweight Champion, and held several independent championships as well.