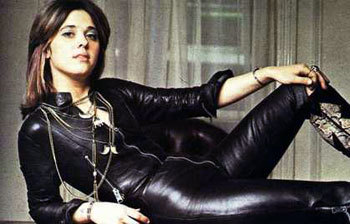 Susan Kay "Suzi" Quatro (June 3, 1950) is an American bassist and singer and one of the most prominent founders of the Glam Rock era. She's also a pioneer in women's rock and has influenced many subsequent female musicians from Joan Jett to KT Tunstall. Some of her best known songs include "The Wild One", "48 Crash", "Can the Can" and "Devil Gate Drive".

More info about her can be found at The Other Wiki