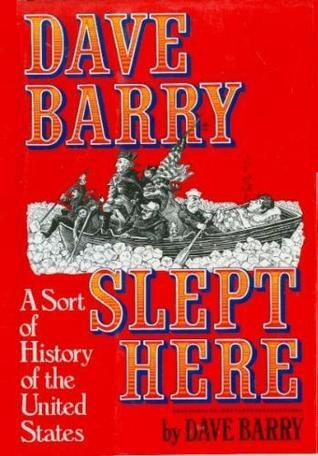 A thoroughly and scrupulously researched history textbook, whose narrative, detached from the author's personal views and experiences, makes interesting stories out of some arcane historical episodes, and incorporates thought-provoking and relevant discussion questions and detailed explanations of the important contributions of women and minorities...

...Well, if such a book exists, it would be everything this "Sort of History of the United States," written by Dave Barry in 1989, doesn't even try to be. But that book would be longer than Dave Barry Slept Here, and considerably less funny.