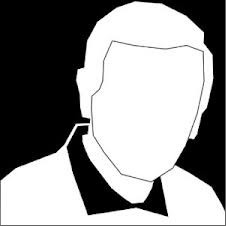 I'd know that face anywhere.
"Don't use seven words when four will do. Don't shift your weight, look always at your mark but don't stare, be specific but not memorable, be funny but don't make him laugh. He's got to like you then forget you the moment you've left his side."
— Robert "Rusty" Ryan, Ocean's Eleven
Advertisement:

Basically, this trope is when a character is described as being "utterly unmemorable." They have a boring face, boring eyes, boring hair, they're not too tall or too short, they're not too fat or too thin, and their voice is often a monotone (but not so creepy that it's memorable). They might call themselves by a bland name like Mr. Smith. In short, the only reason they're interesting at all is because of how uninteresting they appear.

However, beneath that yawn-worthy exterior lurks something very interesting indeed. The Nondescript is often a spy, or Con Man, or criminal, whose looks make it easy for him to get away with what he's doing because people either can't remember what he looks like or can't describe him well when they do. Other times, The Nondescript is just a Played for Laughs attribute of a character.

Certain characters take this to superpower levels: they aren't merely average looking, they are so nondescript that even the narrator seems unable to pin down any of their features - or, in fact, to tell us anything about them. One gets the impression that these characters are deliberately doing something to make themselves invisible in plain sight.

Usually occurs only in literature, because unmemorable and nondescript actors are hard to find and not particularly rewarding to film. When it does appear in a visual medium, the nondescriptness will often be an Informed Ability for just that reason.

This can be used to help the reader/viewer/player to imagine the character as themselves, resulting in a Featureless Protagonist. When it's aided by magic or scientific Phlebotinum it usually involves a Perception Filter. Related to He Who Must Not Be Seen. Compare The Spook, Suspect Is Hatless, Beneath Suspicion and Beneath Notice. Occasionally The Men in Black achieve this. Extreme examples tend to become outright Forgettable Characters.