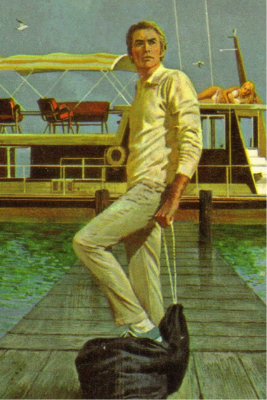 Travis McGee is the name of both a mystery series by John D. MacDonald and its lead character, a self-described "salvage consultant" who is based out of Florida and recovers others' property for a fee of 50%.