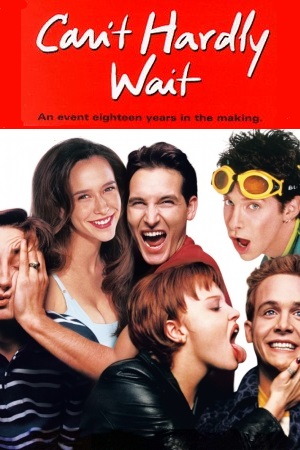 Yesterday's history. Tomorrow's the future. Tonight's the party!
"...The point is I totally realized that, you know? Fate. There is fate. But it only takes you so far, because once you're there, it's up to you to make it happen.."
— Angel Stripper (Jenna Elfman).
Advertisement:

Preston has been in love with Amanda since the first day of high school. When Amanda is dumped by her football player boyfriend Mike shortly before graduation, Preston decides to attend a big graduation party everyone's going to and declare his feelings for Amanda. Despite her reservations about Preston's plan, his best friend Denise comes to the party with him. Also in attendance at the party are Mike, and William, who has been bullied by Mike all through high school and is at the party to take final revenge on him. Denise's childhood friend Kenny is also there, hoping to lose his virginity before he goes to college.

Basically a Nineties version of the classic teen comedies of The '80s. Or a successor to American Graffiti and Dazed and Confused minus the period setting.