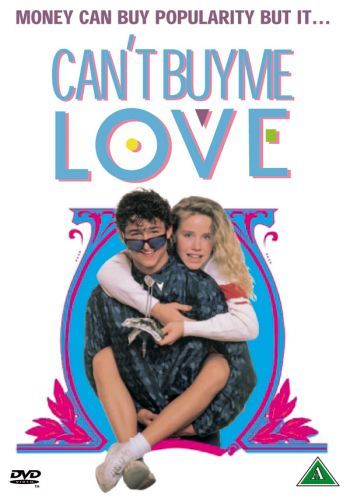 Can't Buy Me Love is a 1987 teen comedy movie starring Patrick Dempsey as Ronald Miller, a high school nerd who spends a month as the fake boyfriend of the school's top cheerleader (and his long-time crush) Cindy Mancini by paying her $1000 to replace her mother's dress. Ron quickly becomes one of the popular kids and ends up leaving his old friends and Cindy behind, but rapidly drops in status once the ruse is revealed.

Can't Buy Me Love was remade in 2003 as Love Don't Cost a Thing (NOT the other way around), this time with a black cast.